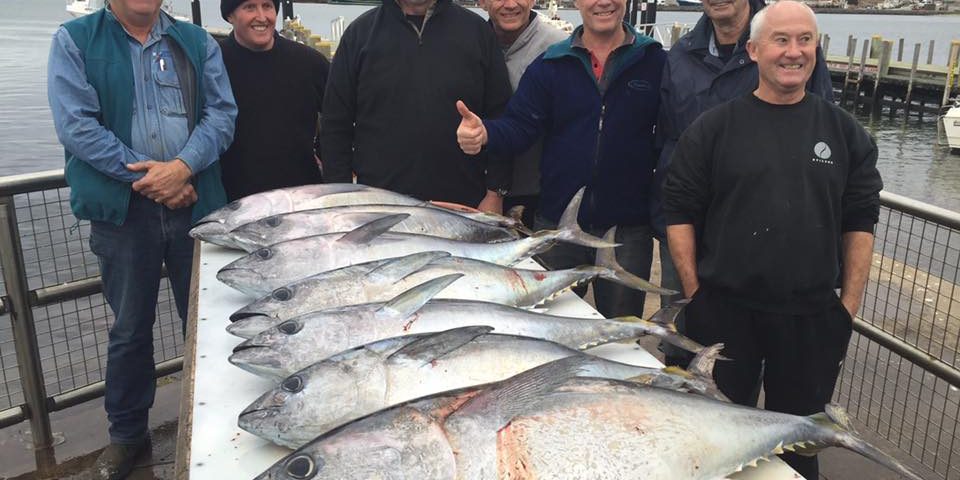 All we can say is TUNA TUNA TUNA! They are here and here in numbers. The 100m line and deeper has been plagued with small albacore which has guaranteed a feed on every trip. Small metal jet headed lures have been deadly especially in the yellow and white colours. The majority of Albacore have been filled with tiny white bait and squid so we have been matching the hatch in relation to lures and have had great success. The Southern Bluefin have moved in close with the majority of fish taken from the 60 – 100m line. These fish have been loaded with small Squid and full size Pilchards and as a result most fish have been taken on 6 inch blue coloured skirts and white, red headed x-raps. The start of the season has definitely been impressive, we have come home with Bluefin ranging from 15 – 25kg on every trip and multiple hook ups have been very common. Also, On a very exciting note, reports of Barrels (100kg+ Tuna) have been filtering through social media with catches coming from Warnambool and Port Mac, this can only mean they are not far away.  Tight lines & Happy Fishing!! 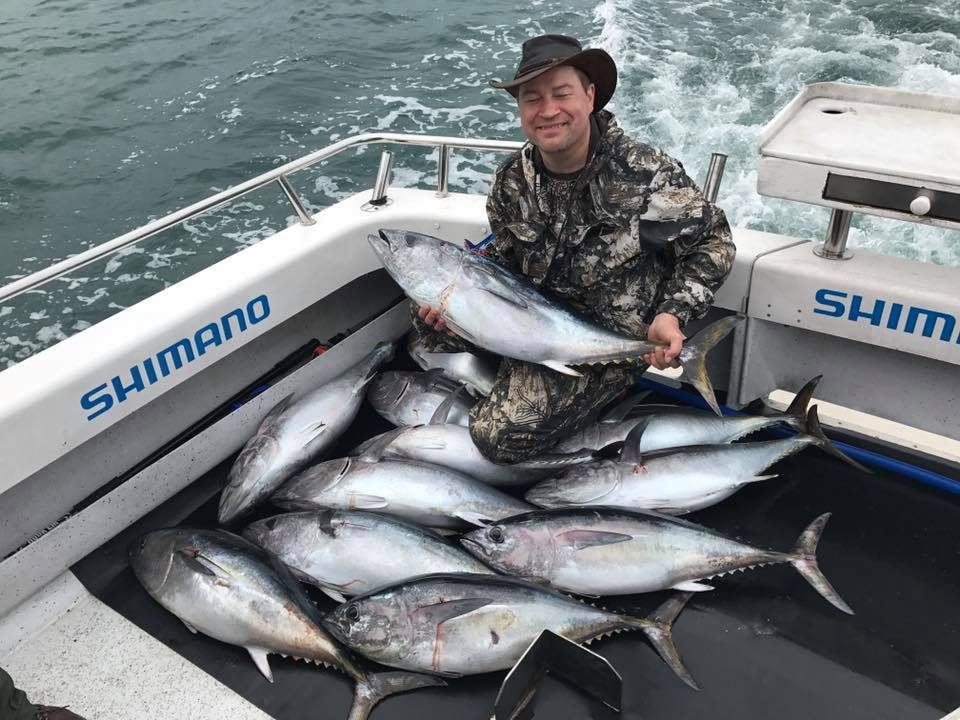